When I was pregnant with my daughter I was so overcome with emotion.  I would stare at my belly in

END_OF_DOCUMENT_TOKEN_TO_BE_REPLACED

Dear autism, Once a year around diagnosis day, I like to take a comprehensive look at what we have accomplished

END_OF_DOCUMENT_TOKEN_TO_BE_REPLACED

This guest blog post is by Michael Goodroe. Michael works full time as a data processor and serves as a

END_OF_DOCUMENT_TOKEN_TO_BE_REPLACED

Ask parents of children with special needs and you will hear very different stories of diagnosis day. They may remember

END_OF_DOCUMENT_TOKEN_TO_BE_REPLACED

S was Diagnosed in 2003, when he was 3, with High functioning autism. Now he comes across as any other

END_OF_DOCUMENT_TOKEN_TO_BE_REPLACED

Dear autism, Do you remember how we started this journey? Mournful eyes, furtive glances, and furious scribbling on notepads

END_OF_DOCUMENT_TOKEN_TO_BE_REPLACED

What are the signs of autism in a toddler? As a parent, it may be difficult to determine what normal

END_OF_DOCUMENT_TOKEN_TO_BE_REPLACED

Autism is described as “triad of impairments” to do with social interaction, communication and imagination and the characteristics of autism

END_OF_DOCUMENT_TOKEN_TO_BE_REPLACED

When did you suspect your child had autism?  I get that question all the time. At two weeks old, I was holding my daughter after feeding her.  She looked up into my eyes.  We maintained a gaze together, so engrossing that I felt myself lost in her.  She was perfect and I felt such joy. […]

END_OF_DOCUMENT_TOKEN_TO_BE_REPLACED

Will I feel comfortable with Isaac being aware of this blog as and when he acquires the ability to?

That I’m actually penning this pontification suggests futility writ large. It’s too late for any lamentations on my part. Fortunately I’m far from beating myself up for publicly tussling with his autism and its many manifestations. For his, and our, sake, sensitivities that shouldn’t be shared are silenced by a thorough filtering process. My instinct for appropriateness remains impact.

The question (nuanced rather than in unreconstructed form) has therefore acted as a gentle leaver on the moral compass if you like. Not that it was needed at all in his early days. Chronicling them demanded a frank, exposing honesty such was our raggedness – with raging against society’s stares going hand in hand with amplifying autism’s awareness a matter of Isaac’s human rights. Intensity informed everything and I felt compelled to communicate all we learned. I wouldn’t change a smidgen.

Indeed, Isaac’s physical and mental being is full to the brim of ever changing behaviours and abilities. That will continue to be themes of his autism and dyspraxia throughout his life. His impairments, sensory challenges, obsessions and anxieties; his charm, magnetism and magical memory; the logic and literal, the deliberate language delivery and fabulous turns of phrase. To understand his wiring is to (metaphorically) untangle it. Neurological, social and physical truths I’ll forever feel the need to talk about, however tough and testing.

As he approaches nine however, the question devolves from what I singularly (as a father) say about him to something more pluralistic. Maybe not a question, more a constant consideration that whatever I say needs a degree of respect and parity with his own opinions, profile and personality. How, if at all, will he feel, be aware of, love, hate, tolerate, tame, embrace, enforce, his autism. It’s his journey, my part must, as much as possible, be curated by – at least be in conjunction with – him.

The trigger for treading this, if not new, then perhaps more tentative, path was a peculiar phrase Isaac brought home from school recently. Delivered in a learnt silly voice, with scripted accompanying laugh, he announced (over and over):

Bizarre sayings besiege Isaac (a modicum of meaning is barely called for; there’s a compulsion and repetition that satisfies an urge). Hearing him say one with (the word) autism in it gave it uncommon clout; the decibels dealt quite a blow. Engaging him in what he thought autism meant led to a dead-end however. Conversations often call for Isaac’s control; the to and fro-ing of fluent dialogue disorientate him – especially when it’s all a little abstract and unattainable. With no natural start or finish, the flow of chat must seem like a whirlpool. This would be one of those occasions where he won’t dip his toe. Effortless for me, endeavour for him.

Such is our real time – forever on and forever fruitful – relationship with school, they are always alert to little aberrations like this.  Isaac probably didn’t have a knowledge of autism, some boys in his class may have. There was certainly no Charlie and the Chocolate Factory revelatory autism story though.  A semblance of self-awareness was seeping into him. A healthy, in hand, observable occurrence that always happened to boys at Isaac’s school.

Isaac’s school. If, as from his bewildered, tiny face seconds after birth, through the distress, social challenges, seeking for patterns, rigidity and more, it can sometimes feel like Isaac is the boy that fell to earth, then his school is the gift from heaven. They’ve assiduously assembled an apparatus around him that’s robust, inspired and ingenious. Cementing their second to none autism knowledge is a pastoral care, appreciation of the condition’s mystery, as well as a dose of resolve and reality.

So much so that on the occasions I pick him up, I find myself in a jubilant state – flushed with the endorphins of expanded expectations; his jolly, sociable, developing self being clear to see. In fact the narrative right now is Isaac is nowhere near his glass ceiling and deserving of lofty ambitions.

And it is in the context of Isaac’s school that I return defiant to the question of my confidence in Isaac being aware of my public utterances about him and indeed openly discussing autism full stop. It appears part of the school’s wider strategy to confront the comfort zone of autism without compromising it. That, whilst appearing paradoxical, to push him is to protect him. 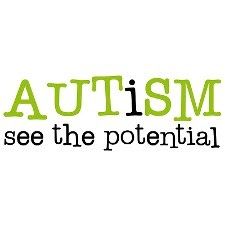 Seemingly the standard bearers of autism’s place in the world, the school’s stance offers me a tonal road map. As I say, I don’t believe I’ve strolled off it too much these last few years. It’s just that for now, in this moment, everything I say feels like it deserved to be through the prism of potential.
“I love trains. They make me happy. Do men drive trains or are there machines inside that do it? Do the engineers build the track? I want to be the engineer. Knock, knock, who’s there? Morden. Morden who? Modern via Bank”.

Isaac is often in possession of a one rail-track mind. To stem it is to leave him ferociously frustrated, unfairly so. Equally, as championed by school, to dwell on the obsessions, means they fester, he gets entrapped in them.

He’s taken to – “as a way to relax after school, daddy, I need to write about transport” – typing the entire tube map completely from memory; effortlessly, at break neck speed. All the stops, their intersections listed, in perfect order; of all the lines; north, south, east and westbound. It’s a preposterous skill really. Mindboggling in its depth and dimensions. His photographic memory transposing the visual into perfect verbal form.

Cognisant of his obsessive need to create such pieces of unconventional prose, I don’t compliment him too much, despite an inability for my pride in his talents to not reach preening levels. Besides, he desires no congratulations and would deflect then to the point of disobedience. “No, no, it’s not clever. It’s transport, I want to put the piece of printed paper I’ve typed the information on in my room, so no-one can touch it,” he’ll hurl with typical histrionics.

So how to harness this passion that can be on the precipice of pointlessness?

In this case, success has been achieved by introducing some social skills. His octogenarian grandfather, Papa Paul, is an enthusiastic, kindly man, whose interests and generosity are varied. One of which, trains of all shapes and sizes and vintage, is something I, in a previous less informed, less responsible life, gently ribbed him about. Now I strongly reinforce it, aware as I am its vital purpose as a social tool.

Isaac and Papa Paul watch train DVDs quizzing each other on stations, chewing the cud over stable sidings, musing signal systems. It’s liberated Isaac from a tight school pick up schedule, Papa Paul collecting him a day a week now with the promise of train talk. “I want to be like Papa Paul,” he’ll say with vivifying sincerity and honesty.

This marshalling of an obsession into something positive and social, is one of many small but significant steps Isaac is making. Repetition is different from routine. He’ll always thrive from and need routine. So a regular collection from school incentivised with train stimulation is a wholly positive development.

Social learning can be laborious and counterintuitive for Isaac. But his place in the world depends on reaching a certain level. Being importunate with social learning is therefore of the utmost importance. Whilst noting the differences of course:

Reward of friendship is wayward with Isaac – the innate skills of reading body language are invisible, regulating himself from cavorting, physical play is a fierce challenge, reciprocation is not part of his natural make-up. Perhaps all this goes hand in hand with the esoteric concept of social currency; something so yearned for in typical children, appearing of limited value to his self-confidence. Yet we do have some foundations in place that could start to paint the broad brushstrokes of potential. Music, he loves; cataloguing and remembering in the main. Any playlist on popular radio he knows in full, “this song we’ve heard already, sometimes you hear things more than once,” I hear a lot on a long journey, DJs’ propensities to play songs over and over, a lack of imagination irritating Isaac slightly. His knowledge, I know, could stand him in prime social pecking order, in time, “this is Hair by Little Mix featuring Sean Paul – I’ve seen it on music television and am listening now to Capital Radio Extra.”

Just being a minor part of the conversation about autism – with Isaac implicit naturally – feels current. In a world where adults with autism are becoming advocates, employers are being encouraged and the Lancet talks of neurodiversity, the public consciousness is rightly being prized open by a previously marginalised autism world. Equally, awareness remains too low, rights are abused, integration can be pitiful, appropriate education denied. A degree of postcode lottery and council inconsistencies mean Isaac has the fortune of a deserved education. It’s devastating to think of the swathes of children with autism who sit inappropriately in a mainstream, unfocused world. For that alone, speaking openly, loudly, disruptively, about autism and Isaac feels crucial.
Leave a Comment
(I always try to reply)
END_OF_DOCUMENT_TOKEN_TO_BE_REPLACED