We have been having a blast this week with some really cool products we just received from Sensory Jungle! We

END_OF_DOCUMENT_TOKEN_TO_BE_REPLACED

How Isaac’s autism plays out physically never used to weigh too heavily on me. Mainly because it was as a mental condition that I’d feel its full force.

With diagnosis and subsequent treatments clustering around social interaction, speech delay, obsession and routine that’s no surprise. It’s not that there haven’t been noticeable physical manifestations. There absolutely have – from simple coordination issues, to how he holds objects for everyday tasks, to sport and more. It’s just that the more domineering psychological and social effects have tended to force physicality onto the periphery. The toil demanded to study the workings of Isaac’s wildly complicated mind took precedence.

Sensory processing difficulties similarly perched on the sidelines; grouped in one amorphous, mysterious whole. The challenges have shouted much louder and clearer than explicitly physical ones. But there’s been little in the way of genuine understanding and treatment.

His senses, we’ve always known, are skew whiff, so navigating him through sights, smells and spaces has been tough. But the tactics have had to be a bit one-dimensional and blunt. Helping him a hundred percent in tasks, totally avoiding somewhere, blocking out, not attempting, escaping.

Our unreconstructed knowledge of Isaac means always front of mind is: obtaining order in a chaotic world, heightened senses, stimulation seeking, and discomfort distinguishing noise and sound, food phobias and maddeningly narrow diet. However, true tangibility has been difficult to track somehow.

Confirming this enforced enigmatic approach we have previously pursued for all of his physical and sensory needs was the woeful lack of occupational therapy from the genesis of interventions (diagnosis onwards).

But that changed when he entered his specialist school some 3-4 years later. The primary goal of occupational therapy is to enable people to participate in the activities of everyday life, so it encompasses the whole gamut of physical skills. Balance, touch, vision, coordination, strength. Programming in people with disabilities what is so instinctive in people without.

With occupational therapy elevated to one of his main sources of treatment, some discomforting truths have only recently started to emerge. Because such has been the inscrutability of Isaac’s physical and sensory symptoms, it’s taken a year of intense occupational therapy to really interrogate them. Yet the diligent, drawn out approach didn’t stop the shock and degree of sadness I felt from what the Occupational Therapist sensitively told us at the conclusion of his assessments.

Which is that Isaac has a diagnosis of dyspraxia. A developmental disorder of the brain (in childhood) that causes difficulty in activities requiring coordination and movement. Profoundly physical symptoms then.
Saying his autism, in my mind at least, has parlayed into a more complex mental and physical condition is purposefully dramatic. The physical and sensory struggles Isaac has have a tangibility now. I can’t help but feel the unlevel playing field he’s on anyway has got that bit more wonky.

But whilst my brain could short-circuit with the news, I’ve opted for a shortcut to pragmatism. Perhaps I’ve only been able to resist the urge to ruminate and rummage for meaning and emotions, because the school have set such an optimistic and labour intensive programme of interventions that are world class in calibre and authority.

Fortunately this new discovery of dyspraxia, this new label to process and live with, comes with a confidence that it’s awash with the sea of knowledge we need to get by and get on. It all slots in to his autism too.

The facts are fierce though, focussing as they do around sensory over-responsiveness, weak balance, lack of body awareness, visual and auditory struggles. 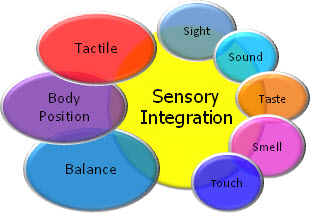 During the last school year, it became clear that structured motor movements in PE such as balancing, running from cone to cone, passing and catching a ball, throwing with one hand were arduous for him. Progress has been made but problems like these together with fine motor skills difficulties will perhaps always be part of him. Part of his autism. Handwriting, holding implements, a cup, a plate. Running, sport, any type of physical interaction with the world around him. Leaps of improvement happen, but it’s not always linear. A fluid approach is best.

Highlighting all these physical and sensory problems is instructive. However, viewing them in isolation is a misleading and miserable process. What has actually happened with the detailed, expert reporting of dyspraxia is a crystallisation of my confusion with sensory processing difficulties and nagging physical concerns into a more complete, coherent understanding of his autism. Into an interlinked mental, physical and sensory condition.

Because at the heart of what’s been discovered is that Isaac’s difficulties are due to sensory processing and integration difficulties which are impacting on his ability to conceive, plan and actually execute movements. A direct link between sensory processing and physicality in other words. With myriad psychological and social implications – that we’ve always known, but now have added context.

A microcosm of this is the poor body awareness he has of himself and others. It means he requires much tactile input to feel sensory information and process it. He seeks to hug people and squeeze them as a way of understanding his body in relation to someone else’s. He can’t just be naturally spatially aware. It’s like he needs to lay physical markers.

He’s also learnt that hugging has a social element, but its intricacies are still maybe alien. So his desire to touch and squeeze is to align his physical sense of gravity. But the social reward he’s had from parents and grandparents cannot be transferred to teachers, which he has had trouble learning. One step forward, one back. How complicated, how cruel.

My thoughtless ‘don’t squeeze’ dismissals, and blanket talk to of not being overly physical shame me. He can’t just switch of this innate, life surviving mechanism he has. Intense therapy, squeezing implements, exercises, all one on one, over months and years are needed. As are social stories and aids to help read emotions.

Visual perception and visual motor skills are equally major challenges for him. Copying simple physical actions (in PE for example) – something so instinctive to typical people – is fraught for him.

The impacts on everyday tasks are huge. Picking up cutlery on a laid, full table and eating a meal is terrifically tortuous for him such are the fine spatial and visual skills needed. He sees everything, all seemingly separate unconnected objects; this photographic memory – it’s a handicap as well as something incredible.

Then there’s the implications for food we need to digest. Why he needs it uniform and ideally beige for visual soothing. Touch, taste and smell of course. That’s without venturing into battles we have always known about; the phobias, anxiety, routine and more.Finding one item in a bag when he can’t see all the items laid out in front of him is next to impossible. I can’t assuage the guilt I feel when pondering the times I’ve casually and impatiently asked him to pick something up, told him to ‘look, it’s straight in front of you’.

The school year ahead will have a heavy focus on the physical and sensory. It will be exercising my mind like never before, knowing we need to adapt a lot to support him properly. Sensory integration and action skills that are so critical to life and come so laboriously unnaturally to him. Life skills – dressing, eating, basic participation in activities. These will be painstakingly practiced by him. There will be frustration and anger. Impatience will trump patience most of the time.

Isaac’s sensory and physical realities – their toughness, their realities – have knocked me a little. Life was far from easy for Isaac. Now the burden has got that bit bigger.

Leave a comment below
(I always try to reply)
END_OF_DOCUMENT_TOKEN_TO_BE_REPLACED

When Caleb was a toddler there were certain sensory issues that we noticed. He did not like to wear socks. He would wear them with shoes if he needed to but the moment he walked in the door to our house his shoes and socks came off as if his feet were …

Beth Henry is a flight attendant and a busy mom of two energetic kids. On her website, Cloud Surfing

Cabo San Lucas is one of the best destinations when cruising the Mexican Rivera., made famous back in the 1980’s

END_OF_DOCUMENT_TOKEN_TO_BE_REPLACED

March 18, 2022March 18, 2022 Joel Manzer 1
Disclaimer
Information shared on Autisable.com is intended for informational purposes only. It is not a substitute for professional medical advice, diagnosis or treatment. Never ignore professional medical advice in seeking treatment because of something you have read on the Autisable website. If you think you may have a medical emergency, immediately call your doctor or dial 911.