Happy to Sad in T Minus Five and Counting

I was laying in bed this morning, enjoying the quiet and watching some tv. I could see on the monitor that Liam was awake, watching Pat and Jen on YouTube, and playing Minecraft. All was right in our world.
Or so I thought.
Not ten minutes later, I saw him head to my chair and turn on my heating pad. He disappeared for a moment, as he headed into the kitchen and turned on my Keurig. This kid has my morning shuffle down pat! I was beaming with pride at his kindness and as as he walked in, I couldn’t wait to tell him how sweet that was.
Then he stopped at the foot of my bed. His back was to me, as he stared at the fireplace. What he said next made my heart skip a beat, and then lodge in my throat.
In a quiet little voice, that is so unlike my son, he said, “Mommy, I was watching YouTube and then my brain had two more bad thoughts…. I didn’t want to be alone, so I came to get you. I turned on your heating pad, and got your coffee started. Can you please come out to the living room with me?”
Instantaneous Heartbreak……………….
That saying, “You never know how strong you are until being strong is the only choice you have,” well that is my son’s life in a nutshell. He has over come more emotionally and mentally at (almost) 10 years old, than some people have to, in their entire life time. And he keeps fighting. 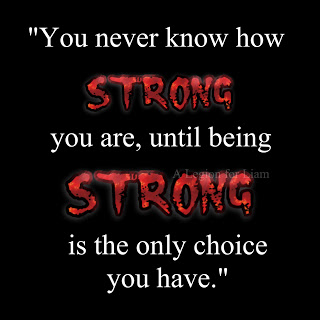 And here comes the cycle. The big one. The one that makes his life constant turmoil for weeks. It starts slowly. Working it’s way in, and then it hits like a hurricane, and there’s no turning back.
Being Autistic is a struggle in and of itself, then you add in a mix of comorbids, (the simultaneous presence of two chronic diseases, disorders, or conditions in a patient. Ex:. ADHD, Anxiety, etc.) Now toss in a mental illness to boot, well then you have a recipe for disaster. I’m not kidding. I’m also not trying to sound heartless, I’m being honest.
This isn’t to say he doesn’t have good days. The majority of his days are good. Yes, he has meltdowns, yes he stims,(self-stimulatory behavior, also known as stimming and self-stimulation, is the repetition of physical movements, sounds, or repetitive movement of objects common in individuals with developmental disabilities, but most prevalent in people with autistic spectrum disorders.) But those things come with the autism territory. We roll with those punches. It’s the mental illness that puts the most strain on him, and honestly us too.
I said it many times before, but I’ll say it again. Being a parent, it’s our job to care for our children. To help what ails them. But when it’s something you can’t fix, it’s devastating. When they look at you and ask, “Mommy, can’t you make it stop?” your heart rips in two.
Thankfully the older Liam gets, and thanks to his hard work, and his amazing SLP, (Speech-language pathologists (SLPs) work to prevent, assess, diagnose, and treat speech, language, social communication, cognitive-communication, and swallowing disorders in children and adults,) and his amazing BSC’s, (Behavioral Specialist Consultant – A BSC can provide training, consultation and supervision of team members in any setting where a child may be experiencing emotional or behavioral problems,)  he has become articulate enough to express these feelings. He doesn’t hold them in and let them eat away at him. He tells us. Each and every one. The feelings he expresses overwhelm us. Can you imagine how it must be for him?
I can’t. And when I try, I ache so bad for him, that I can’t bring myself to think of it. I have to become numb. I have to autopilot myself. Everything around me becomes static, because the only thing I can focus on, the only thing I NEED to focus on, is him.
And so the countdown begins. The countdown to the yearly cycle that puts us all in an alternate universe. Hell. That’s how we all describe it. It’s Hell.
In our world, Hell is this time of the year. Liam withdraws. He barely eats. He either cries, or screams and is beside himself with grief, for weeks on end. He stims, A LOT! Mainly rocking, or wanting to be rocked in our laps. Thankfully he does talk to us, but barely. He doesn’t communicate “normally.” He will tell us what his “mind tells him,” but that’s it. He doesn’t smile. He doesn’t laugh. Nothing that would normally make him happy works. He refuses to leave the confines of our home. If we do manage to get him out, his anxiety worsens, and it just isn’t worth it. We can’t leave his side. He can’t be alone for even a moment. When he cycles this deeply, suicide is a real worry.
Yes, you read that right. My (almost) ten year old has suicidal thoughts. He has since he was five years old. It’s hard to write. Even harder to say. But we have to. People need to know the reality of mental illness in children. Dangerous objects in the home that you may not think about normally, you become super focused on. For instance, the knives I keep over my stove, they’re out of his reach, but what if I went to use the bathroom and he climbed up and got one? So they have to be moved out of even my reach. (He’s almost as tall as I am.) All the knobs on the gas stove are taken off and put up on top of the fridge (with the knives.) That way, God forbid his mind went there, he wouldn’t get to them before one of us could get to him.

END_OF_DOCUMENT_TOKEN_TO_BE_REPLACED

As a parent, a child’s birthday is such a bittersweet time. Celebrating their special day with family and friends is

END_OF_DOCUMENT_TOKEN_TO_BE_REPLACED

Season 3 Episode 7: Kimberly Sanders Beside You

February 12, 2021February 12, 2021 Joel Manzer 0
Disclaimer
Information shared on Autisable.com is intended for informational purposes only. It is not a substitute for professional medical advice, diagnosis or treatment. Never ignore professional medical advice in seeking treatment because of something you have read on the Autisable website. If you think you may have a medical emergency, immediately call your doctor or dial 911.