From around one year old, milestones around Isaac’s development became millstones around my neck. Waving, exploring, walking, talking – the lack of – burdens that bore down on me. Isaac’s angelic looks and throaty, totally contagious cackle was countered by a thunderous and tortuous, impossible to read despair and sadness. There was little else in terms of human interaction.

Indeed, global delay was Isaac’s first diagnosis, at around two and a half, with walking, succeeded at two, the only real milestone accomplished. The flow of his development from this point officially entered muddy waters, where what he’d achieve and when was impossible to predict. The many early learning devices and contraptions for coordination and comprehension were receiving scant attention from Isaac. The concept of cause and effect evading him. He babbled, but words did come, bizarre words mainly, bit by bit.

Then the diagnosis of autism. One mammoth milestone. The confirmation of a lifelong condition that would deposit many a milestone into a morass of maybes. Yet forlornly foraging around in the mental fallout from the diagnosis – after the shock, the tears, the reassurance, the genesis of readjustment – I did discover a perhaps perverse positive in this. A relief even. That maybes and milestones are ok. I broke free from the tyrannical mindset of ‘things must happen’ or ‘things must not happen’ ‘at certain times’. The anxiety ebbed somewhat.

After all, we’d entered the autism world, to all intents and purposes, an alternative world. Where, as someone once lyrically put, as a parent you arrived in Amsterdam, thinking you were going to Paris. Your stride, pace and flavour of life shifts.


This sat very comfortably with a paradox that is bang, smack in the centre of parenting a child like Isaac. Every minute of every day is planned assiduously. You learn to leave no stone unturned. No surprises. Events, visits, meeting people – all scripted tirelessly. Respect autism and expect no rebuttal. Yet, beyond the here and now, well, you don’t think in those terms. Days can be predicted, life’s journey – with its milestones around everything from riding a bike, to first friends, to birthday parties, to swimming, to teams and clubs, to sleepovers, to school plays, to hobbies, to exams, to parties – anything but. You take each heavily itemised, meticulously audited day at a time.

Life can loom large, instead, the limbo of treading water suited me well; stopping me sinking in fear over the future or sorrow over the past.
Very recently however, Isaac arrived at a milestone that struck me as fairly profound, and one that needed wrestling with.
Isaac has had the autism diagnosis for half his life.
It’s at once arbitrary and hugely monumental. And it’s the latter that’s taken command of my mind. I’ve never cowered from the gravity of Isaac’s autism. But with it being a massive part of all of us for half his eventful life, I’ve sensed the need to shift my sentiments of late, seeing it in some sort of bigger context. To step back from the day to day and look backwards as well as forwards. Milestones are back on my mental menu. 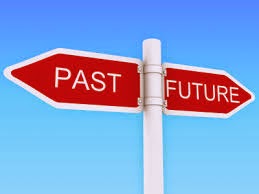 We have also been in the eye of a tumultuous, tense time with his anguish and insecurity. His ability to slump in seconds from a blissful state to genuinely crestfallen, never fails to surprise or upset me. I don’t doubt a conscious coming together of heightened challenges from him with the acknowledgement of this latest milestone. In a series of eureka moments (with a lower case e) the need has been impressed on me to objectively evaluate Isaac’s autism.

And what I see heartens me as much as it hurts me. Because I see autism amplified whenever developments are achieved.

A tremendous truth is that Isaac has reached many a milestone with aplomb.

He is developing into a social animal (did I ever think he would?). Initiating interaction. Starting conversations. Showing warmth. At school, this social juggernaut of a boy appears catapulted into the playground. With not mere gusto but the gust of a hurricane. The mini-monologues demonstrated both his vocabulary and propensity to repetition that can restrict him. “Welcome back. What’s your name? Who’s picking you up today? Say your mum, say your mum” These are said daily, with a charm – and a compulsion for confirmation. And frankly, other kids can be riled by the repetition. Not all. But walls of silence and huffs of irritation, are more than detectable. I worry, but my powers of doing anything are impotent.

Repetition comes with the autism territory. There’s a lot of it in my house. A side effect of the developing autistic brain. This is commensurate with not just diagnostic criteria, but anecdotal and empirical evidence from self-advocates (people with autism). It’s just one example of the double edged sword of a milestone accomplished in an autistic context.
Another being Isaac’s cognitive developments. The raw facts are promising and I hold them tightly. He reads (did I ever think he would?). Quite beautifully. Swiftly. To say (as a committed Thames Estuarian) I’m proud of his regal pronunciation is an understatement in the realms of the epic. His photographic memory is the engine that’s driven such a development. He gives short shrift to the typical learning of phonics – using sounds to make a word. It’s the whole word or nothing. So when he saw the word avenue for the first time, he preferred to say adventure than try and spell it out. Words like ‘Crescent’ for him is a breeze; once a word’s been seen and been told to him it’s in his head.
What seems to be in deficit is comprehension. Even a willingness or desire to imagine, immerse himself in the storytelling bit. Anything abstract of involving a need for analysis. Attempts to engage in these discussions irks him, it seems off his radar. This out of kilter way of learning could mean him coming unstuck mainstream learning, if no major attempt to galvanise his lesser abilities to inquire.
As with all things autistic, though, you’re never a million miles away from a little mirth. He insists on reading the ‘written by and illustrated by’ bye-lines at all time. And will end reading a book with ‘and now it’s time for the blurb’ paying little interest in the contents of said blurb. Imagination wise, he had no time for tooth fairies with the tooth being pragmatically exchanged with either parent for a gold coin. Dressing up day at school held no sway. On arrival at school, he proudly declared, “I’ve come as Isaac”. And then there was his dismay that there was no sign that said “Try something new today”, mummy, where is it?” on a visit to a poorly branded Sainsbury’s. It’s situations like these where his observational skills and outsider status are original and need no sorrow, only joy.
Where his long, logical learning march can lose momentum at best, at worst come crashing to a standstill, is his need to obsessively follow order and detail. You can practically hear the hum and whirl of his programming brain as he both processes his facts and then resolutely holds on to them and repeats them, somehow needing to say and say again, to give himself a psychological balance. His way of keeping calm in a chaotic, illogical world, perhaps.
And the smallest of anomalies are akin to mini crashes to his computer, with the ability to reboot, cloudy. Days, weeks, months, pm or am, the expansion to his temporal learning of late is extraordinary (nothing makes him more elated than the first day of the month, hurling himself out of bed to “see the clock, see the clock, it’s the 1st. So exciting. Wow. Daddy”).
“Daddy, on Feb 13, pm, you collected me from school and read books”. A fact plucked at random from this mind, he said yesterday, unprompted.
“Look at me daddy. Tomorrow when we wake up we will talk about going to Golders Green on the northern line. We did it yesterday, do you remember?”
“You are giving me a bath on April 21. Say yes!”

His days are punctuated with the need to affirm small events like this – from the past and about the future. To keep that equanimity in his consciousness. They are the tentacles of this ever more complicated calendar that inflicts his mind. With no margin for error. Again the unambiguous nature of autism diagnosis will always anchor Isaac to this behaviour that if not handled delicately with a finesse, can tip into the negative. In fact brain mapping and imaging research echoes this too and more – with evidence for overdevelopment in the regions that deal with decision making and the sorting of information.

An abundance of anxiety comes when there are inconsistencies to the detail. Which can implode in the form of a vicious circle. Hoarding, needing to locate a specific, meaningless toy he was playing with at the same time last week. Becoming agitated when it’s not there. Eschewing food. Refusing to do anything. Ignoring behaviour charts. Shamefully, I can’t help but be infuriated. The challenge, the real battle, is to see positive milestones reached, as opposed to bad, defiant behaviour. That, I think, needs a bigger picture, to view Isaac’s development – actually, it’s a critical coping mechanism. Face up to his changes, embrace milestones. Ones I once thought he’d never reach.

With all these emotional, social, and cognitive leaps he’s accomplishing then, autism has remained a tenacious presence. Even his self-awareness too with a new found ability to articulate his sensory discomforts. “It’s too strong, too strong, no thank you” referring to any clothes that aren’t super soft. Or “I banged my head” if he has, I think, a headache. Learned cues versus intuition and instinct induced expression.

Milestones in Isaac’s world come with an autistic sting in the tail. Controlling that sting will always be hard. Our levers of change restricted to simply ‘knowing it’s coming’. So sensing autism’s arrival is critical. Which means expecting him to keep on developing and reaching milestones is crucial too.
Leave a Comment
END_OF_DOCUMENT_TOKEN_TO_BE_REPLACED

Is this what a father sees? Far too many moms have asked me why their husbands might be in denial

Autistic Like Me: A Father’s Perspective chronicles the journey of fathers who have children with ASD. The goal of the

As a father of an autistic girl I wondered many a time whether I am responsiblen for her condition. Why this autism

Have you ever seen the show on ESPN “The World Strongest Man”??? I love watching the old versions of those