While most children are excited to celebrate the holiday season, many children with developmental delays and disabilities struggle this time

END_OF_DOCUMENT_TOKEN_TO_BE_REPLACED

The Warren Center, a nonprofit agency providing professional evaluations, therapy services, and support to children with developmental delays and disabilities

END_OF_DOCUMENT_TOKEN_TO_BE_REPLACED

This is an ASD/ADHD mashup Christmas in my house. I’m copying this post over from Pinky blog. This continues from

END_OF_DOCUMENT_TOKEN_TO_BE_REPLACED

Autism Light #439 is Ibrahim. Ibrahim is a 7 year old boy who has autism and lives in the Harrow area of Greater London, England. He is a Muslim and a student at the National Autistic Society’s Radlett Lodge School. Ibrahim is an Autism Light for the i…

END_OF_DOCUMENT_TOKEN_TO_BE_REPLACED

Autism Light #437 is Santa Claus. Santa Claus who is also called Father Christmas, Kris Kringle, Saint Nicholas, Saint Nick, and simply Santa is a generous and kind old man who lives in the North Pole. Santa visits the homes of children on the night be…

END_OF_DOCUMENT_TOKEN_TO_BE_REPLACED

This is the story of our Autistic Elf. Of course, she’s not Autistic but since she now belongs to an Autistic boy, her story and journey with our family, is much different than that of a “typical” elf. I’m sharing because yesterday on IG …

END_OF_DOCUMENT_TOKEN_TO_BE_REPLACED

Resurrecting a recurrent feature today because sharing stories is a healing balm.C.S. Lewis wrote, “We read to know we’re not alone.” I need to tell my story and I’d love to hear yours. Here’s a question I bet you can answer with at least one example. …

END_OF_DOCUMENT_TOKEN_TO_BE_REPLACED

Isaac’s immersion into his specialist school (for children with high functioning autism) has shown some of the marks of a fairly bruising process. And the onerous work has only just begun. We’re seeing a sensitive but substantial stripping back of some seriously stubborn layers of entrenched behaviours, habits, limitations, fears. I have no doubt that so many areas of his development have until now been neglected, denting his constitution. Physically and mentally. A shudder is sent down my spine, contemplating what would happen if he were to remain saddled with certain, what are rightly classified as, deficits.

These deficits, in areas such as strength and touch, have selfishly taken away a realm of positivity I may have always possessed. Dissecting them dispels any romanticism of autism, or ‘he’ll catch up’ that may have roamed, well-intentioned and benignly, in mainstream. They provide a reality check that until now the day to day handling of Isaac’s lifelong condition has been lackadaisical.

He blended as well as he could at his old (mainstream) school considering the pastoral approach that was necessitated by class size, desired integration, and non-qualified staff. Such were the goodwill and intentions and support, I hesitate to cite his considerable developments were in spite of the imposed ethos not because of it. However, his current school’s classroom assessments jettison any ambiguity about a need for intense and individually tailored programmes.

He has what occupational therapists report as ‘definite dysfunctions’ in social participation, hearing, touch, body awareness and balance. At his previous (mainstream) school, both Isaac and his teachers must have needed to adopt crude compensation mechanisms to integrate with the workings of a curriculum that couldn’t adapt appropriately.

I’m imagining that he was sensitively placed in the periphery for physical exercise and any ball sports so his underdeveloped body awareness and balance stayed that way. His stretched teachers must have tolerated rare scribbles when he attempted handwriting because there was no one to provide the one on one labour intensity required.

Through no fault of anyone, Isaac would have been drifting in activities, seemingly content and being involved ever so slightly. But this drift, this surface deep thinly veiled non-developmental behaviour, easy to repeat for him, easier to accept for teachers, would have been insidiously stunting and indeed marginalising. There was daily fall out in terms of his moods that I’ve talked about before. Knowing that long term damage was clearly happening too has unsettled me somewhat.

Social participation and playtimes expose brightest the folly of the non-specific, wholly inclusive approach. Galloping around making train sounds was his self-stimulating behaviour for surviving the furious environment that is the school playground. The soothing repetition went way beyond its initial positive effects, explaining precisely his deficits in play and social areas.

Indeed, in one of our more heart crushing sessions with Isaac’s psychotherapist, she made the knocked-me-for-six observation that Isaac doesn’t know how to play. He simply hasn’t ever done it. Play, a natural, sought after, intuitive, life affirming activity for typical children. An alien, complicated, bamboozling concept for Isaac.

(And how’s this for a topsy turvy thought: Isaac taking his sister’s toys and studiously playing with them alone is a good thing. Sublimating what appears to be jealousy into a desire to ape and learn.)

Heart breaking by the psychotherapist. But, as with so much emanating from his new school, enlightening too – offering up glimmers of hope. Specialist school is bruising for its pinpointing of challenges, healing for how it deals with them. 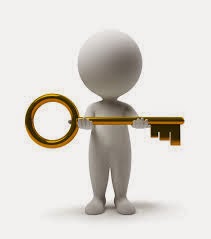 Like a slow turning tanker, sent ever so slightly off course, I’ve discovered riding waves of positivity and potential, knowing real, honest insight can reap so much.

Take handwriting. My inclination was to wallow in reports of inabilities to develop finger separation, his frustrations at the necessary tripod grip, the clear need for major work with fine motor skills. Whereas Isaac’s tenacious teacher pushes and compliments and improves and stimulates. His writing has literally transformed. At night he deliberately and defiantly stretches his fingers, discovering a dexterity, before formally announcing to me, “Daddy, today a certificate has been awarded to Isaac Davis for holding a pen properly. Well done Isaac.”

Isaac’s weekly certificates, which he avidly collects and collates, reveal so much of the school’s (and therefore his) industry. ‘Having three bites of a carrot’, ‘dealing with change’, ‘good listening and not having to repeat’ – in short, he’s working, and being worked, very hard in those areas that appear an anathema to his autism. Non-intervention is these areas has led to the deficits and therefore habits and limitations. Everyone, myself very much included, had given up, kept a blind hope, or consciously avoided these life skills with Isaac. Now life skills form part of his week, with patient, single minded professionals giving him the tools to succeed. Which in turn gives us the confidence to carry on the work at home – knowing when he can deal with something new, or eating his dinner at the table, tasting a new food he may have tried at school, maybe parking in a different place to a previous time. It’s far from easy, we’re fine perfecting the skill of distinguishing real distress from autistic like behaviours he can learn to manage. He will always have the generic sensory processing difficulties. The meltdowns are still explosive, world ending and catastrophic –  in many ways they are amplified and more gruelling for all parties. Transition, people leaving, will always be testing. But we are learning, just like him, a little more what his capabilities are and where discipline works.
All this is not to say autism is not championed, celebrated and respected. Indeed, it’s the filter upon which the school appears to make and evaluate every decision. They’ve seen vividly Isaac’s visual approach to learning – playing to this strength, they use the visual timetable which he rattles off to me, the whole week, in order, at least twelve subjects a day. He enchants teachers and pupils alike with his brilliant recollection of facts. This part of his autism is nourished and cherished.

Yet at times he can struggle to answer a simple question. He can be caught in a self-imposed routine and repetition rut.

The school will slavishly break down each topic in his timetable into explicitly described and audited mini chunks that he knows and expects. But then they may introduce a ‘surprise’ activity within this tight framework. Like learning comprehension in a reading class – about a certain book and character he’s prepared for. So he’s developing thinking skills and small change in one brilliantly efficient ten minute session. Totally, utterly inspired and priceless.

Likewise, his repetition needs are an ingrained feature of Isaac’s very existence. Always will be. But gentle easing out of, not so heavy reliance on, can take place. The genius strategy here is mentoring sessions with the elder boys. Who “like to repeat; we did when we were young like Isaac, but we don’t anymore. Isaac won’t always need to.” Who better to understand a little boy with autism than a big boy with autism? Who knows the desires and impulses and defaults. And can integrate them with socially appropriate behaviour. This is life enhancing stuff of a dizzying degree.

One massive truth is Isaac’s autism has never seemed as tangible as it is now. Despite all the intervention. And that feels correct and just how it should be. His vocabulary continues to expand to significant levels with it all appearing learnt like one would learn a foreign language. He seems to rapidly search his abundance of learnt phrases when needing to express something. “I’m going to read a book, just once, because it will tire me out. Then we won’t do it for a while.” Or when he senses change: “Yes daddy, I have changed my mind, you can drive on that road, because it is like a diversion.” And when he’s happy: “I love school, I want to go there today and forever, I want to give the building kisses.” In the morning: “Is it morning time? Good morning daddy< I haven’t been asleep for a while…”

His order can always be jumbled, with tenses astray. “Where’s the 302 bus, I might have lost it.” And it’s all delivered with a clunky, metronomic rhythm. This is him. It has an almost beautiful realism and logic. When I said to him “come on mister” recently and he got agitated and countered “No! I’m Isaac. Mister is for teachers”, I could but go concur (kind of) apologise and go with him. The school seem on the same page – it feels like they write the pages. Gloriously they’re as smitten as we are by my son.

His interests remain at best perfunctory. He loves lampposts; they light up his life. “But I love lampposts daddy, they make me happy.” Counting, spotting anomalies, one’s on during the day, off at night; he has a photographic recollection of locations, types, flickering ones – every single permutation of a lamppost’s life. They offer so much. And this dry information floods our airwaves as it does bus facts and general commentary and comings and goings.

These sort of passions – their pros, their pitfalls – inform the armoury of knowledge the school possess about Isaac. They can then work with him, push buttons, reward and restrict, so accelerating to a potential. Teaching him life skills for example in a methodical, easy to digest, autism friendly manner, gives his preparation for an integrated, inclusive life. This is what I feel when I hear: “Today I did life skills. I made toast, daddy do you want toast? With honey or marmalade. In a toast rack, that’s where toast is made. Do you want toast?”

A pertinent comment his teacher made to us when discussing his substantial handwriting training said it all really:

“He needs to write. He will need to write a job application form one day.”

Yesterday, the Midgets and I went to a Christmas decoration ‘workshop’.  The Boy was not having his best day, the

END_OF_DOCUMENT_TOKEN_TO_BE_REPLACED

This year Christmas shopping for Alex, or Christmas for Alex in general, seems to be a bit harder than ever