Have you ever stood up to a bully? I don’t think I really had, until last month.

I can certainly recognize one; my inclination for most of life has been mostly to avoid, walk the long way around, or ask Jim to do anything remotely confrontational. But I’m changed by a vulnerable child/young man who seems a barometer for all the bullies and demons of the world, if not a magnet. Hanging with him as closely as I must, exposes them in plain sight. Then, one has a choice, whether to coexist, feed them, or put them in their place. Ignoring or denying them is no longer an option.

After long seasons of skepticism, scrutiny, and experimentation, I’ve emerged convinced, convicted and confirmed that we do in fact have authority in Christ to overcome all the power of the enemy. I had a chance to exercise it last month.

We go straight from school to piano lessons on Monday. There isn’t quite enough time to run home, but we arrive with 10 minutes to spare beforehand. Our routine is to sit in the car with the radio on and brush up on Top 40 lyrics. When a car pulled up in the empty spot next to us, I had the fleeting thought to be careful the two open doors didn’t collide. When its female driver sat still talking on her phone, I dismissed the concern. She’d be gone by the time we were done. 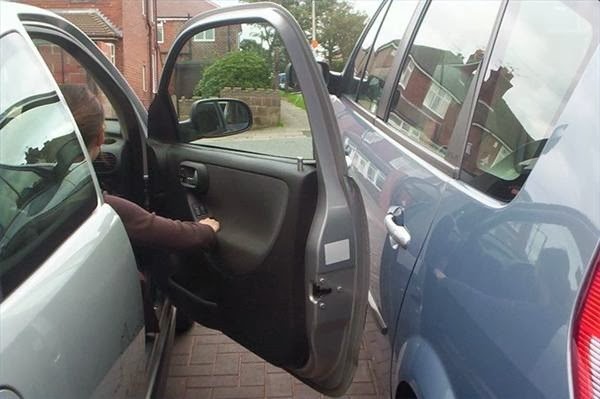 Ten minutes later, at the digital stroke of 3:15 Reid pushed power off, “Let’s go up to Angela’s!” He opened his door, tapped a dormant volcano and set off a torrent.

Whoa! I circled the back of my car and put my sturdy body between our vehicles. She was up and out bumping her own rearview mirror. “I’ve been watching you,” she addressed Reid.  Then me when I got between them, “I saw him acting disrespectful to you. I can’t believe this.”

Her nose was up against the glass of my resolve, close enough for spit to splatter.

Like a reflex fueled by boiling blood, my words stopped her in her tracks, “He has a disability. Don’t worry about your car. We will take car of it. You need to calm down RIGHT now. There is no need for you to be this angry.”

Reid has a tendency to reflect whatever emotion is in the air. Fear, anger, hatred as well as love, kindness, worship. Indiscriminately, his incredible sensitivity to his environment means he mimics the spirits he’s aware of in and on people (even those who are able to stifle it).  He can magnify x10 what he senses around him. This is not always convenient.

My main concern was that her display might set Reid off in a dramatic instant replay, thus the physical blockade between the doors. A ding is one thing. Ramming do-overs would not be welcomed. Dousing her explosion like a bucket of water on a campfire was my first intent. 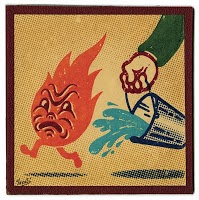 She was out like a candle in the wind. I turned my back on her to address Reid.

“Reid, I’m gonna close your door now and move the car. This woman is very angry so we are going to park somewhere else.” He seemed fine.

As I walked back around to the driver’s side, the spiritual reality flashed before me. I had just taken authority. I was not afraid. That had been a stand off with the enemy. I recognized rage as a separate entity from that particular woman.

We moved our used Prius to the far end of the lot next to a dumpster enclosure. I forced a few deep breaths to recalibrate my adrenaline level and heart rate.

“Okay Reid, that was an accident. You dinged her car door and she overreacted. I’m not mad, but she is. We might have to pay for her to get it fixed. Here’s what we’re gonna do. First, pray. “Lord, in Jesus name, we bind that spirit of anger and any unclean spirits associated with it.”

“Amen,” he’s heard this before.

“When someone is that angry, I want you to know, you don’t engage physically or take it into your own hands. You take authority over it in prayer instead.”

“Now, we still need to apologize to her in a nice voice. Let’s go over and say, ‘I’m sorry I hit your door’ in a calm voice. Then, you can go up to your lesson and I’ll talk to her some more.”

As we approached, Reid delivered his line through her car window as directed. She hardly let him finish, “I had no idea. I’m so sorry. It’s no big deal. I have this car on a lease. They won’t even notice.”

What had been cause for a tirade was now a moot point. It works people, it works. Whatever had come over her left without a trace.

Praise you Father for the victory we have in you. Teach us to stand in that authority.

I have given you authority to trample on snakes and scorpions and to overcome all the power of the enemy; nothing will harm you. Luke 10:18-20
A curse on their uncontrolled anger, on their indiscriminate wrath. I’ll throw them out with the trash; I’ll shred and scatter them like confetti throughout Israel. Genesis 49:6-8
Post this at all the intersections, dear friends: Lead with your ears, follow up with your tongue, and let anger straggle along in the rear. God’s righteousness doesn’t grow from human anger.  James 1:18-20

END_OF_DOCUMENT_TOKEN_TO_BE_REPLACED

Those that know me, know I love kids. ALL kids. I should have had a passel of them, but that