For many years, this blog told stories of our adventures with autism, something that was completely new for me when

END_OF_DOCUMENT_TOKEN_TO_BE_REPLACED

If you want to learn about autism and neurodiversity, there’s plenty of resources to choose from! We’ve been compiling this

END_OF_DOCUMENT_TOKEN_TO_BE_REPLACED

I just finished a controversial new book, To Siri With Love by Judith Newman. Reading this book made me

END_OF_DOCUMENT_TOKEN_TO_BE_REPLACED

Picture Books For Children On The Autism Spectrum I love picture books. You can do some amazing things with beautiful and/or well-written children’s literature. You can teach language, introduce math, and induce belly laughs. You can also help children with autism understand themselves. Over the years I’ve read a good number of picture books for… Read More »

The post Picture Books For Children On The Autism Spectrum appeared first on Our Crazy Adventures In Autismland.

END_OF_DOCUMENT_TOKEN_TO_BE_REPLACED 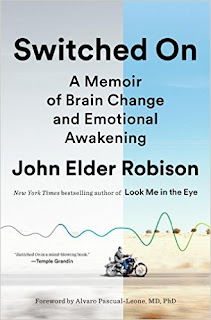 END_OF_DOCUMENT_TOKEN_TO_BE_REPLACED

Family, friends, and teachers have all gotten on me about how I have to write a book. About what, no

END_OF_DOCUMENT_TOKEN_TO_BE_REPLACED

Reading about autism can be helpful in so many ways. Some titles offer specific forms of advice: how to find

END_OF_DOCUMENT_TOKEN_TO_BE_REPLACED

When you exist on the “high-functioning” end of the autism spectrum, it’s easy to look around you and feel quite

END_OF_DOCUMENT_TOKEN_TO_BE_REPLACED

This past week, I had the pleasure of reading “The Independent Woman’s Handbook For Super Safe Living On The Autistic

END_OF_DOCUMENT_TOKEN_TO_BE_REPLACED

I have read many stories written by parents, describing their journey through Autism with their child, but none from quite